I think this method is better than the previous method but a little bit longer and also you have to do some manual stuff on it, this is not automated. So let’s get started!!

Complete-Linux-installer
VNC viewer
And an Extractor

Once downloaded all this, Then please kindly follow the rest.

1-Open Busybox app and install all the scripts and applets. 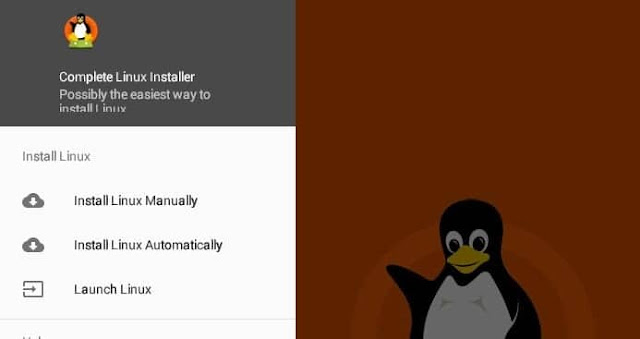 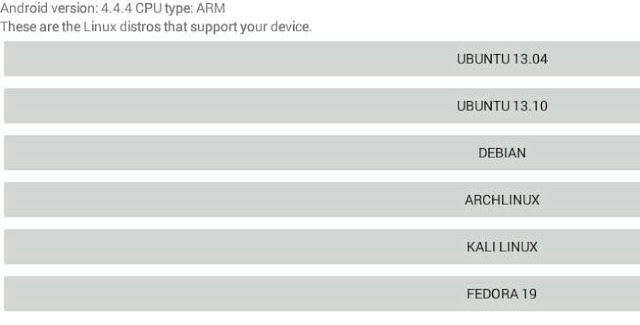 3- And then you will see a variety of Linux Distros that your mobile supports. Tap on any that you like to install. Once tapped you will be guided to download Linux image file.

4- When you have downloaded the zip file, it’s time to extract it from ZIP file to IMG file.

5- After extracting, Open the app Complete-Linux-installer and from there tap on
Launch Linux and you will get this screen, Choose the Linux name that you downloaded before and then tap on setting on the Top right corner and hit edit.

6-After tapping on edit you will get this type of setting. Now name the Linux and on the image section and add the IMG file that you extracted before and then hit save changes. 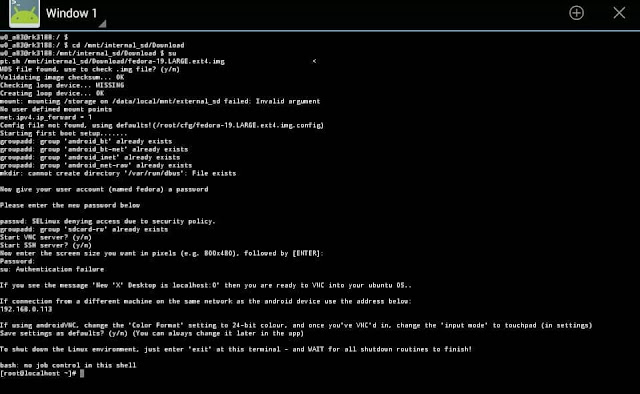 7-And now go back you will now get a new option Start Linux, tap on it and automatically Android terminal emulator will open like this.


8-Now set up your preferred resolution, password etc, and you will see Root@localhost at the bottom, this means you’re now running Linux on your device.

9- Now the final step, open the Vnc viewer app and do the following:

Once you opened the app you will see a Plus+ sign at the bottom right side to create a new connection.

10- After you created connection tap on connect and it will ask you for the password. Type the password that you typed in on Android Terminal Emulator.

Android is a beast itself just you have to unleash it If you really want to unleash it than check the best root apps for your Android.

Those who love gaming can install Xbox games on android and also PS2 games on your Android and the fun part is that this doesn’t require root.

That’s it
if any problem feels free to ask.